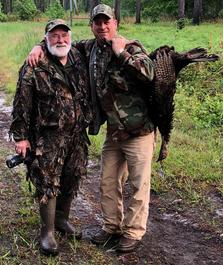 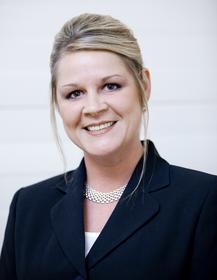 She is a past member of the Junior League of Tallahassee, previously serving as Secretary for the Thymes Remembered Cookbook Committee and as Chairman of the Grants and Endowments Committee.

She served six terms as the Secretary of the Board of Directors of Killearn Lakes Homeowners Association, Inc. and its Council of Neighborhoods Association Representative.

In addition to volunteerism, her work as a Community Association Manager and paralegal has given her the opportunity to work with a vast number of community associations and non-profit organizations throughout the state of Florida.

Brad Trotman
Brad Trotman is a lifelong resident of Tallahassee. After serving in the United States Marine Corps he began working with Killearn Lakes Homeowners Association, Inc. as a Site Manager and later as its Executive Director. Brad served as the Executive Director for Killearn Homes Association, Inc. (Killearn Estates) for nine years. He has served as a Board Member of the Tallahassee Council of Neighborhood Associations (CONA). In 2011 Leon County Commissioners (full Board appointment) selected Brad to serve as a Member of the Leon County Board of Adjustments and Appeals. He has served as Chairman and Vice-Chairman of the BOAA Board.


Paula Sutherland
Paula has worked as the Office Administrator at Florida Association & Property Management, Inc. since February 2014.  She has 16 years of experience in the property management industry comprised of eleven (11) years specializing in multi-family housing as an Onsite Property Manager, two (2) years in rehabilitation/restoration as a Project Manager and three (3) years in affordable housing and low-income housing as an Asset Management Analyst for The State of Florida Housing and Urban Development (HUD).  In addition, she has supervised management of several commercial properties.  As a Tallahassee native, she embraces the beauty of our natural surroundings by spending most of her free time outdoors kayaking, fishing, hiking and gardening.


Daisey Barker
Daisey recently joined the management team at Florida Association & Property Management, Inc., working in the accounting department.  She is a lifelong resident of Tallahassee.  As a young woman, Daisey traveled extensively with her husband throughout the United States and abroad.  She attended the College of the Desert in Palm Springs, California and returned to Tallahassee in 2000.  Daisey worked with the Florida Auto Dealers Association before joining Florida Cable Association where she worked for thirteen years.  Her responsibilities include overall fiscal operations, accounts payable and receivable, payroll, overseeing tax preparation and filing, and preparation of all financial/management reports needed for up to a $4 million budget.